Time-domain thermoreflectance (TDTR) is an optical pump–probe technique in which the pump beam thermally excites a sample surface, and the probe beam measures the time-resolved thermoreflectance of bulk materials, nanostructures, and thin films. Various thermal properties, such as the cross-plane thermal conductivity Kz, in-plane thermal conductivity Kr, interface thermal conductance G, and heat capacity C, can be evaluated by fitting the measured data to a thermal transport model, with unknown thermal properties as the fitting parameters.


In a typical TDTR measurement, a femtosecond pulsed laser is used as a light source and is divided into two beams: a pump beam for sample heating and a probe beam for thermoreflectance measurement. Usually, the pump beam is modulated at a frequency in the range of 0.1 – 20 MHz using an electro-optic modulator (EOM) for phase-sensitive detection by a lock-in amplifier. The sample surface is covered with a thin metal film with a large CTR, which is called a transducer. Its temperature is increased by a pump pulse and then decreases depending on the thermal diffusivity of the sample. The probe beam is delayed with respect to the pump beam via a mechanical moving stage to observe the temporal decay of the surface temperature. The target thermal properties are deduced using a thermal transport model by adjusting free parameters (the unknown thermal properties) to best match the experimental results. 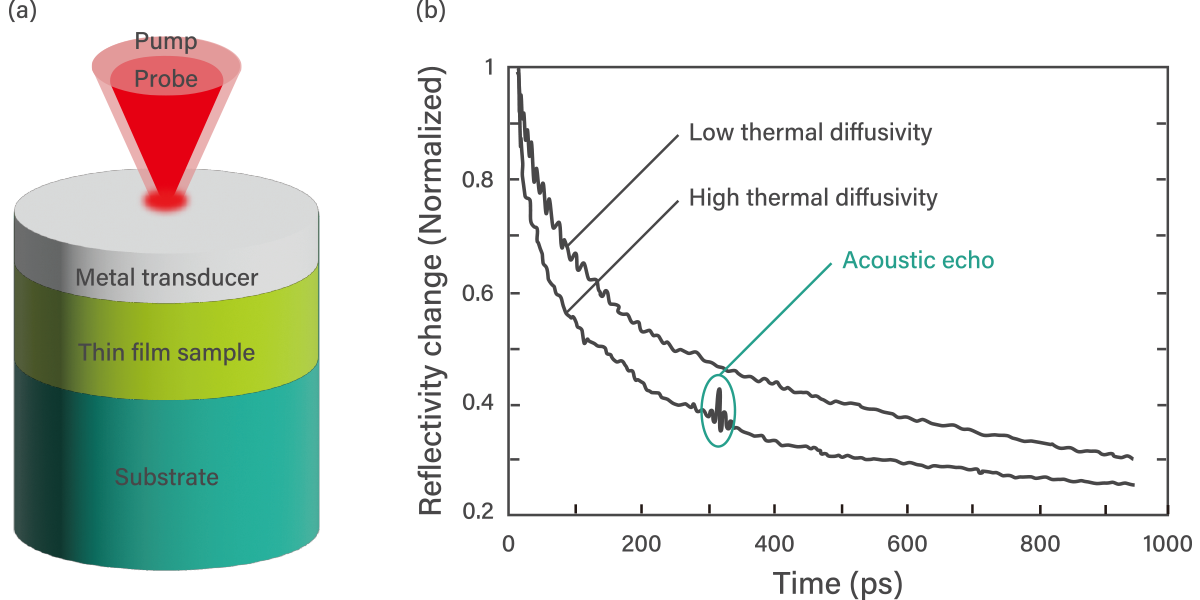 Figure 1. (a) Configuration of TDTR measurement of a thin film coated with a metal transducer. (b) Typical image of the thermoreflectance signal change versus the delay time.